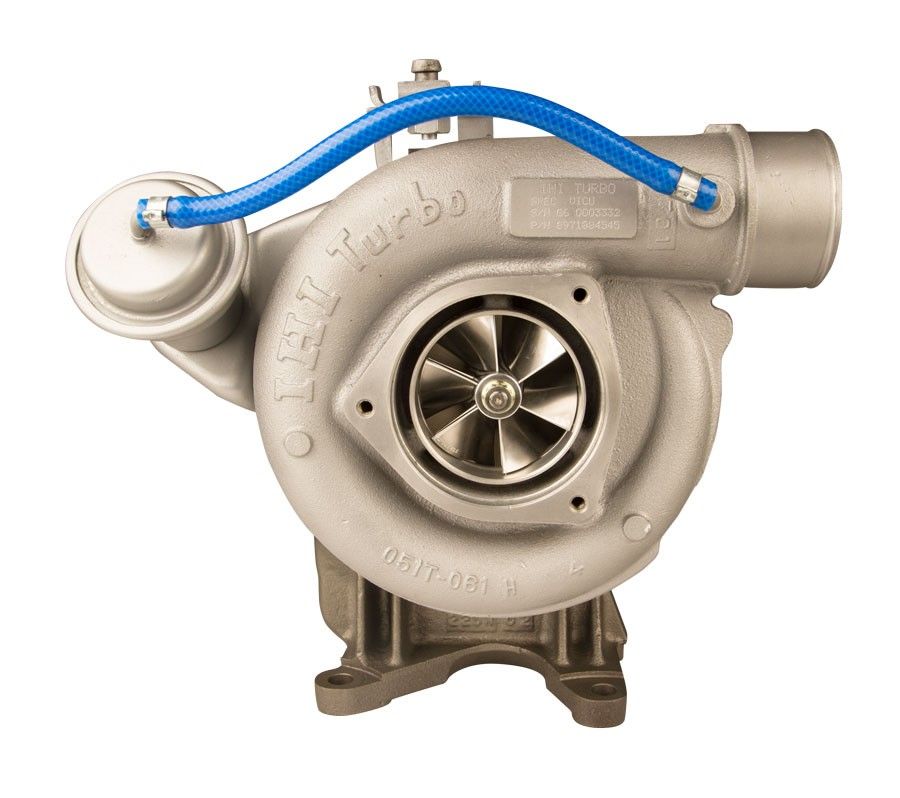 The Duramax Tuner Stealth 64 G2 Drop-In Turbocharger provides you with a direct replacement, bolt-on, stock appearing turbocharger for your 2001-2004 GM 6.6L Duramax LB7. Turbocharger technology is quickly evolving at Duramax Tuner giving you features you won't find anywhere else. The G2 improves power, towing potential and overall performance though the use of a custom designed high flow turbine assembly and 7075 billet compressor wheel. This is all done in a liquid cooled package protected by 360 degree thrust bearings.
The larger turbine assembly allows for lower drive pressure, creating a better balance between boost and drive (exhaust backpressure). This improved balance under heavy load means more efficiency and power at a given boost number, resulting in lower EGTs under heavy load. Overall peak power is also improved, where the Stealth 64 G1 would normally support 600-610 HP, the G2 now pushes the envelope to 640HP. Youre not going to find all of these features anywhere else in the aftermarket in a truly stock appearing, bolt-in IHI turbocharger.