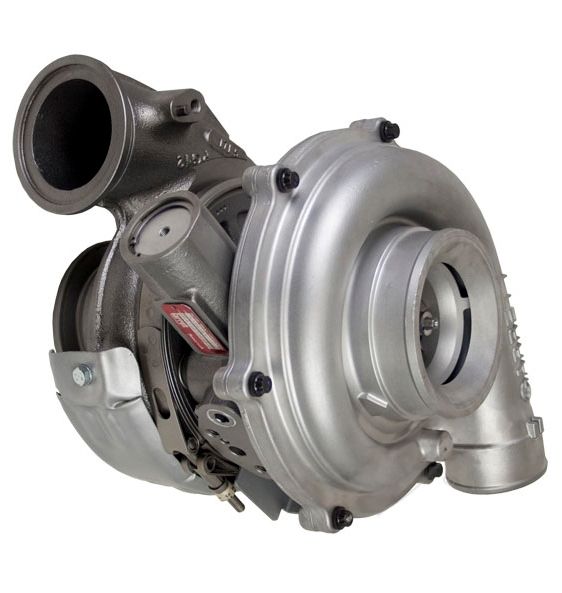 The Garrett 743250-5024S GT3782VA Stock Replacement Turbocharger offers a superior replacement option for your 2004-2005 Ford 6.0L Powerstroke. This turbocharger is 100% new and is not rebuilt or remanfactured like the Ford sourced units from your local dealer. A new Garrett turbocharger is a superior product versus independently remanufactured units. Only a brand new turbocharger guarantees having all the latest engineering updates needed for longer service life.

Turbine Wheel
The multiple cycles of the 6.0L application can cause high cycle fatigue of the turbine blades. When a 6.0L turbocharger is reworked it is unknown how many cycles are on the turbocharger which can lead to premature failure. Extended cycles can cause tip failures which can be mistaken for foreign object damage.

Center Housing
All new Garrett 6.0L Replacement turbos contain the up-dated center housing with a machined recess. The machined recess helps vent the moisture that could settle under the unison ring and minimize the corrosion in the contact area between the ring and housing. The machined recess allows toxic liquids to bypass the delicate variable geometry mechanism to reduce buildup and interface friction. Brand new units feature these upgrades for extended turbocharger life on 100% of all units.

VNT Mechanism
The leading cause for replacement is corrosion within the VNT Mechanism. Operating conditions of the 6.0L engine cause the turbo VNT mechanism to wear significantly in