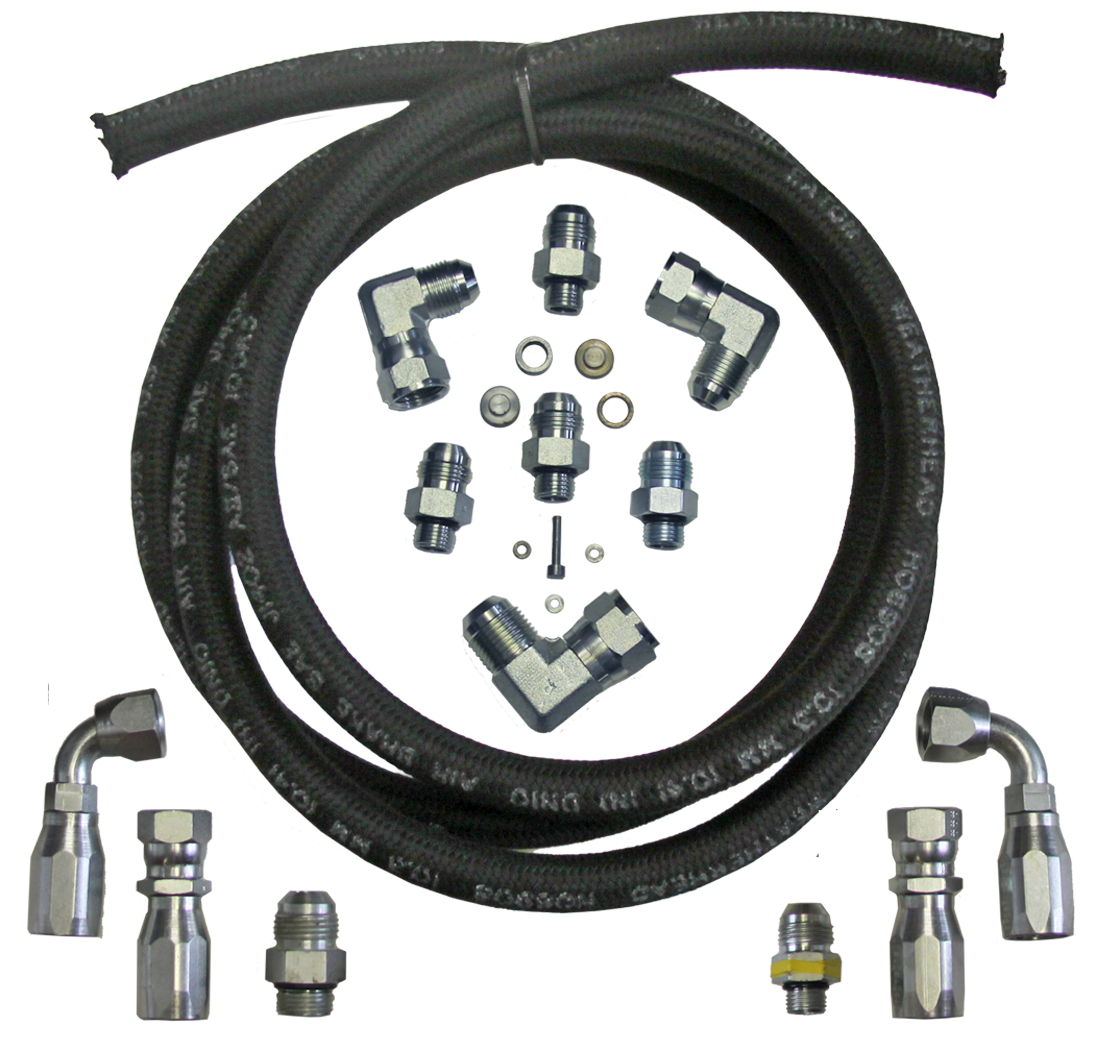 PureFlow® Technologies, Inc. addresses diesel engine efficiency and peak performance on the fuel side from the fuel tank to the tip of the injector. Removing entrained air and fuel vapor from the fuel flow to the engine with the AirDog® FPII 4G, Champ, & Champ II is not enough if the internal conditions of the fuel system components are such to allow vapor to reform in the injector itself. Specifically, if the fuel pressure/ flow to the injector, even with entrained air and vapor removed, is not sufficient to totally fill the injector barrel on the up stroke of the plunger, a void or low pressure will form that allows vapor to reform within the injector. The resulting “injector lag”, is just another name for “retarded injection timing”, and leave the engine with increased fuel consumption, lost power, and increased exhaust emissions.
To overcome these concerns, upgrading the CAT® secondary fuel system is simple with the AirDog® CAT Upgrade Kit. The upgrade kit includes fuel line and ported fittings to replace the small #6 line size to #8. A fuel pressure shim kit is also included for adjusting the fuel rail pressure.