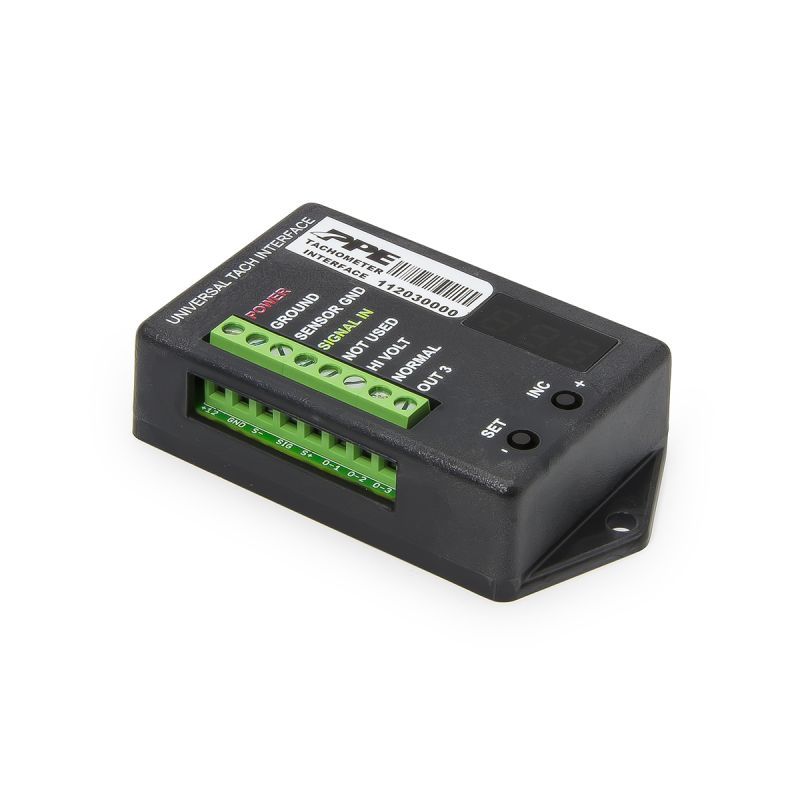 We doubt you have had to equip your Duramax with an old dash, but many of you are equipping an old classic truck, 60’s era muscle car or even a ski boat, with a Duramax engine. In either case, you have probably discovered that you now need to make your new Duramax electronics package compatible with the wiring of an old-school analog tachometer.

PPE has solved the problem for you. We spliced the wires and put the whole step into the PPE Analog V8 Tachometer Drive. By simply connecting the Duramax PCM tachometer output lead into the ‘black box’ and then running the wires from the box to the tach itself, the PPE Analog V8 Tachometer Drive will allow you to use any standard aftermarket V8 automotive coil-trigger style tachometer with the GM’s factory Duramax power control module.

**LEGAL IN CALIFORNIA ONLY FOR RACING VEHICLES THAT MAY NEVER BE USED, OR REGISTERED OR LICENSED FOR HIGHWAY OR OFF-ROAD USE.**