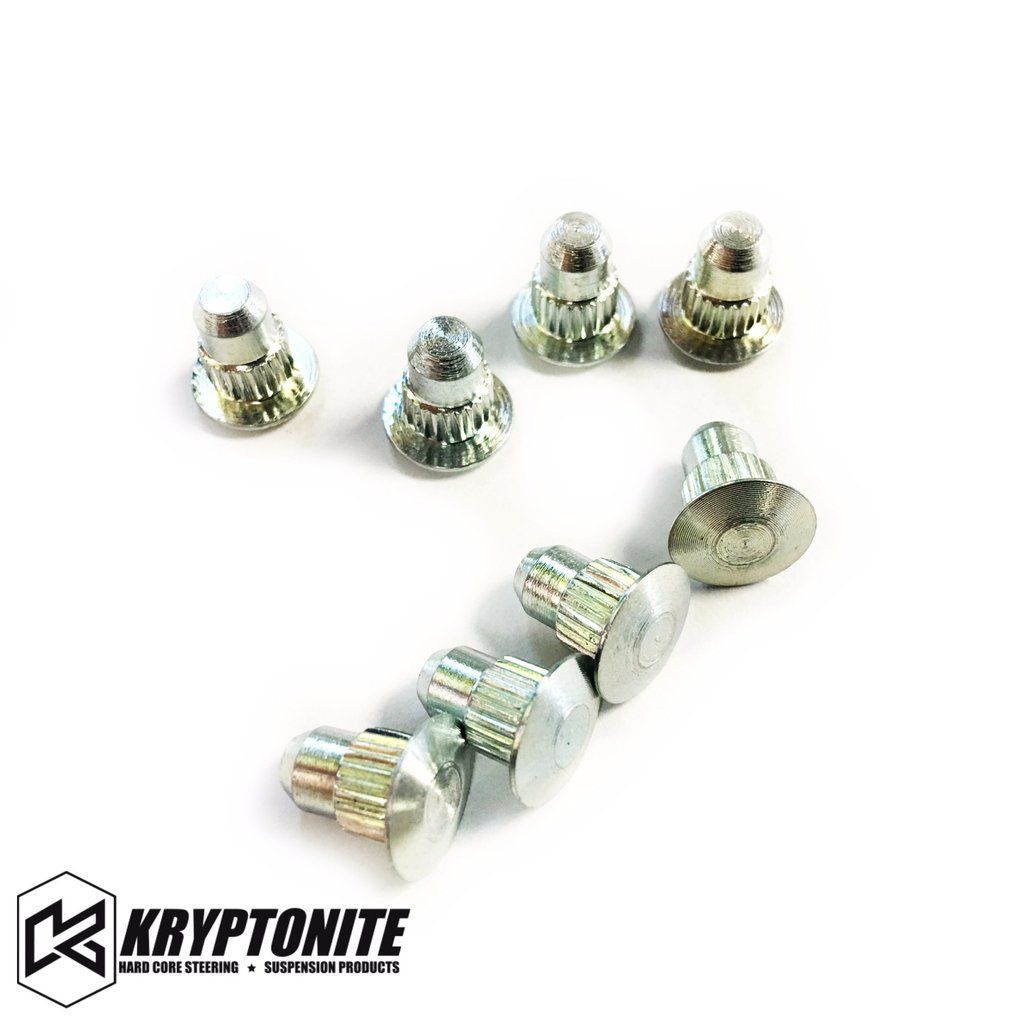 These pins replace the alignment pins in the GM vehicles listed. The pins make it easier to align the vehicle and often become bent or crushed and need to be replaced. This kit includes 8 pins, enough for both sides.

Kryptonite No Fine Print Lifetime Warranty: Kryptonite steering and suspension components are warrantied for life to their original purchaser. This warranty is against any manufacturer defects, premature wear or breakage. Race it, jump it, off road it, sled pull it, wreck it, lift it, level it, lower it, I think you get it? We don't care. If you can break it we will replace it.