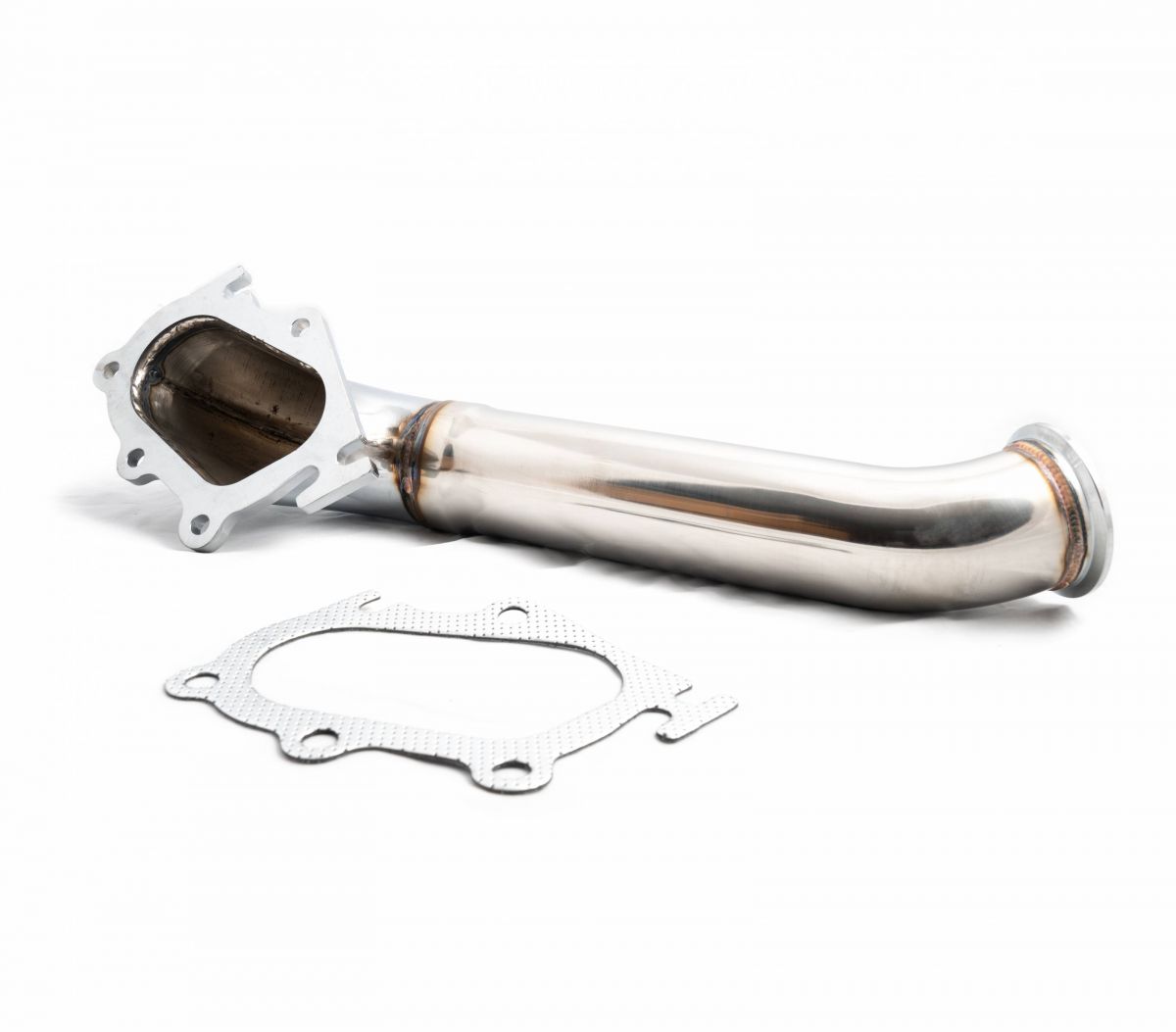 Duramax LB7 owners now have the ability of connecting the turbo and aftermarket down-pipe back exhaust system by removing the restrictive stock pipe. The Rudy's down pipe provides a smoother flow from the turbo resulting in lower EGT's and increased performance. The down pipe is a relatively easy install due to the precision bends that you've come to expect from Rudy's.