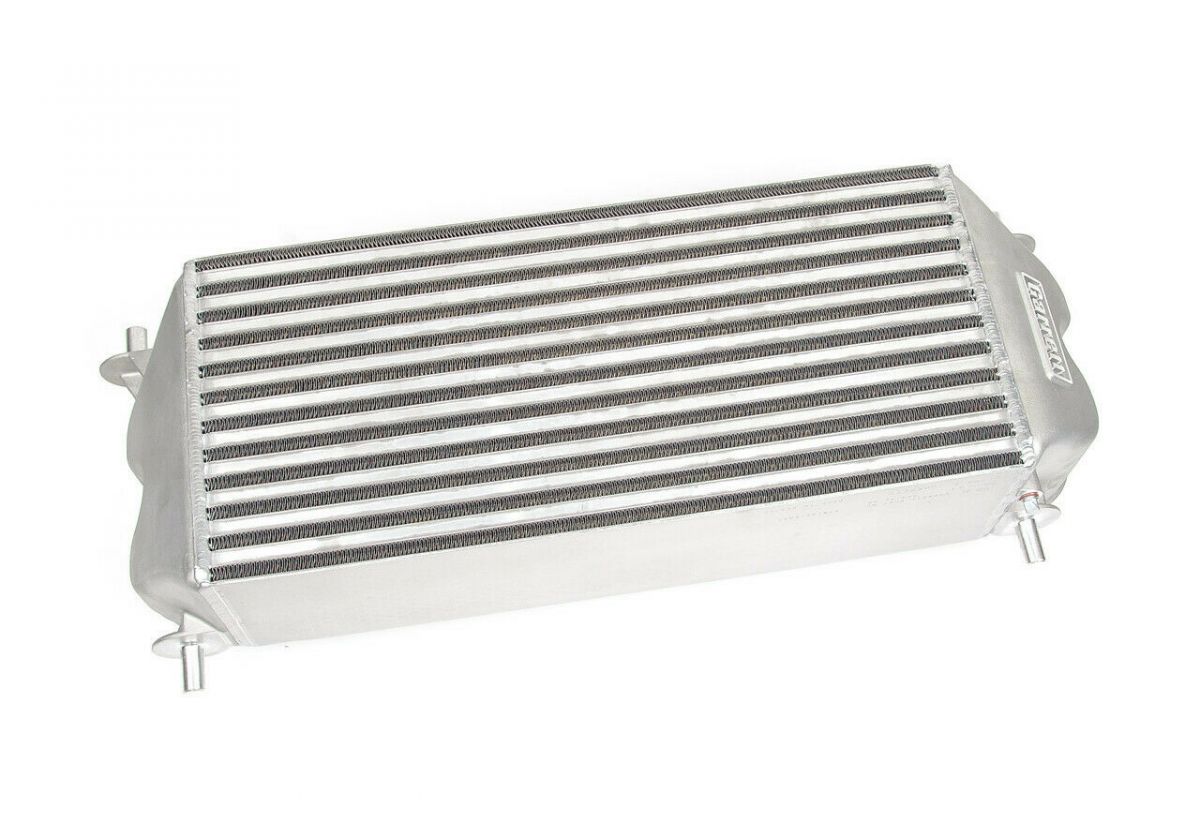 The Garrett direct fit F150 charge air cooler offers an 83% larger core than stock to give your 2015 and 2016 Ford F150 2.7L Ecoboost V6, 2015, 2016, 2017, and 2018 F-150 3.5L Ecoboost V6, and 2017 and 2018 Raptor 3.5L Ecoboost an estimated 25 degree Fahrenheit drop in air temperature and can lower pressure drop by 30%. Optimized end tanks increase air flow through the core by enhancing turbulent design features found in the stock unit. This direct fit performance intercooler is simple to install and can support up to 750 horsepower, while still using the OEM bolts, hoses, and clamps.

The Garrett direct fit performance charge air cooler comes with a fully machined drain plug to relieve condensation buildup commonly found in the F150 platform. The bolt can be removed with a 3/8 open ended wrench. Installers can test for condensation by turning the engine on, transmission in park, remove the bolt and place a catch can under the opening. Observe for any fluids. If fluid is present, gently rev the engine several times to dispel. Be sure to dispose of fluid with your local waste management facility.