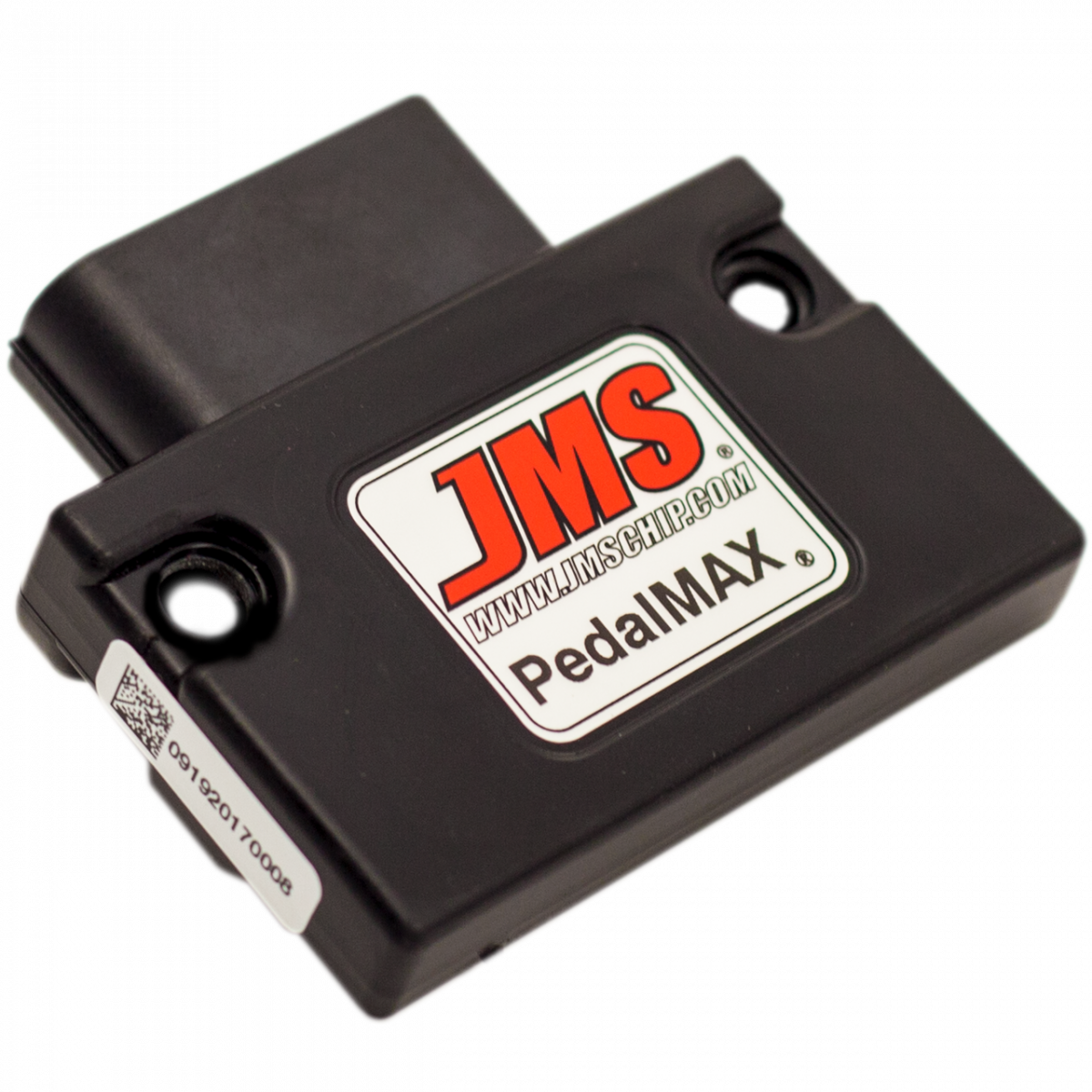 This JMS (PX0510F) PedalMAX Plug-N-Play Drive-By-Wire Throttle Enhancer works on Ford Trucks, Cars, & SUVs and is a complete solution if you’re experiencing poor throttle response. It gets rid of that slow throttle response and helps improve your driving experience. You’ll see a considerable improvement in your Vehicles acceleration as well as enhanced low- and mid-range horsepower and torque. This throttle enhancer also helps eliminate stalling on manual applications! Installation is easy, and there will be no need for OBD-II programming when you’re done.

With more than 20 years of experience, JMS is a proven leader in the automotive, performance, and racing markets producing and maintaining countless vehicles each year. When you choose JMS you choose the industry's best, and the quality, integrity, and reliability you deserve and can count on every day!