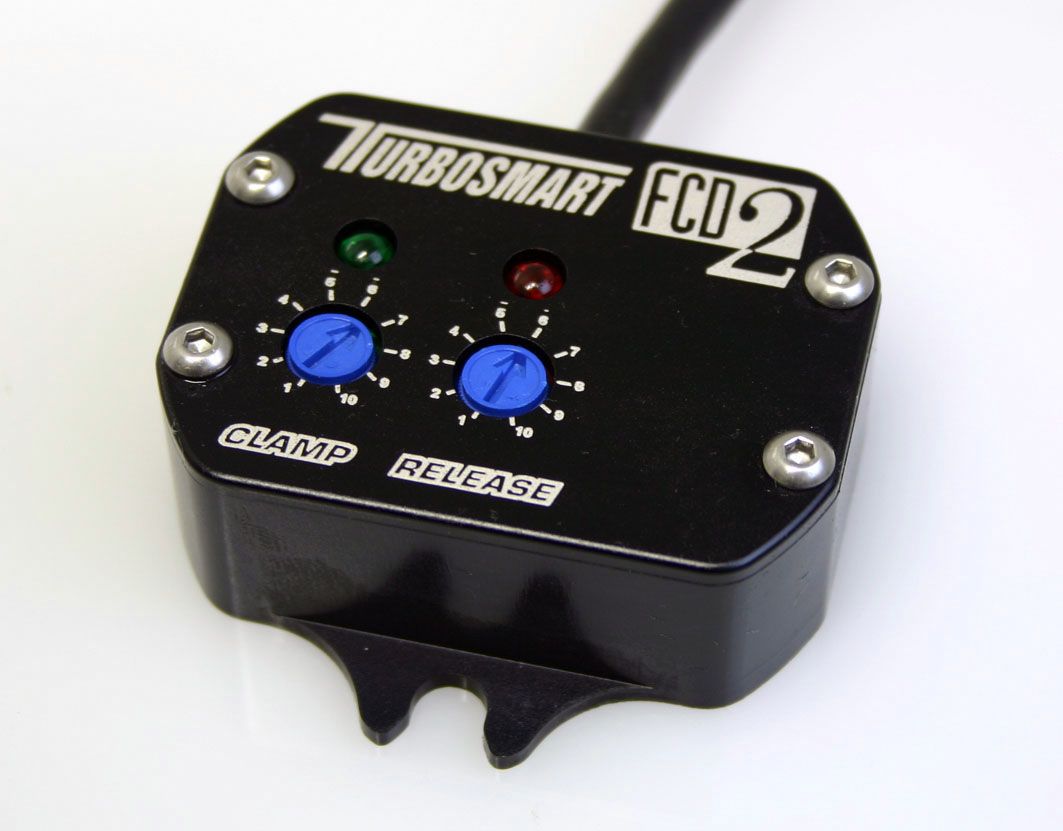 The Turbosmart Electronic Fuel Cut Defender (FCD-2) alters the output of a factory 5V MAP Sensor or AFM at an adjustable level to accurately raise the factory fuel cut point. Features LED indicators for easy setup. Adjustable release feature ensures you retain the safety of having a fuel cut to protect your engine from over boosting. Suits most turbo cars. To be used in conjunction with a Turbosmart boost controller.

WHEN DO YOU NEED A FUEL CUT DEFENDER?

Most late model cars have in-built defence mechanisms to guard against increases in boost pressure. Such systems are important, but can be an obstacle when increasing boost pressure and the performance of your turbocharged engine.

WHY BUY A TURBOSMART FCD?

Turbosmart FCDs provide a reliable and accurate increase in the factory fuel cut-out level. A Turbosmart FCD will allow boost pressure to be increased above the factory level and prevent momentary shutdown of the fuel injectors - hence maximizing the factory turbo system.