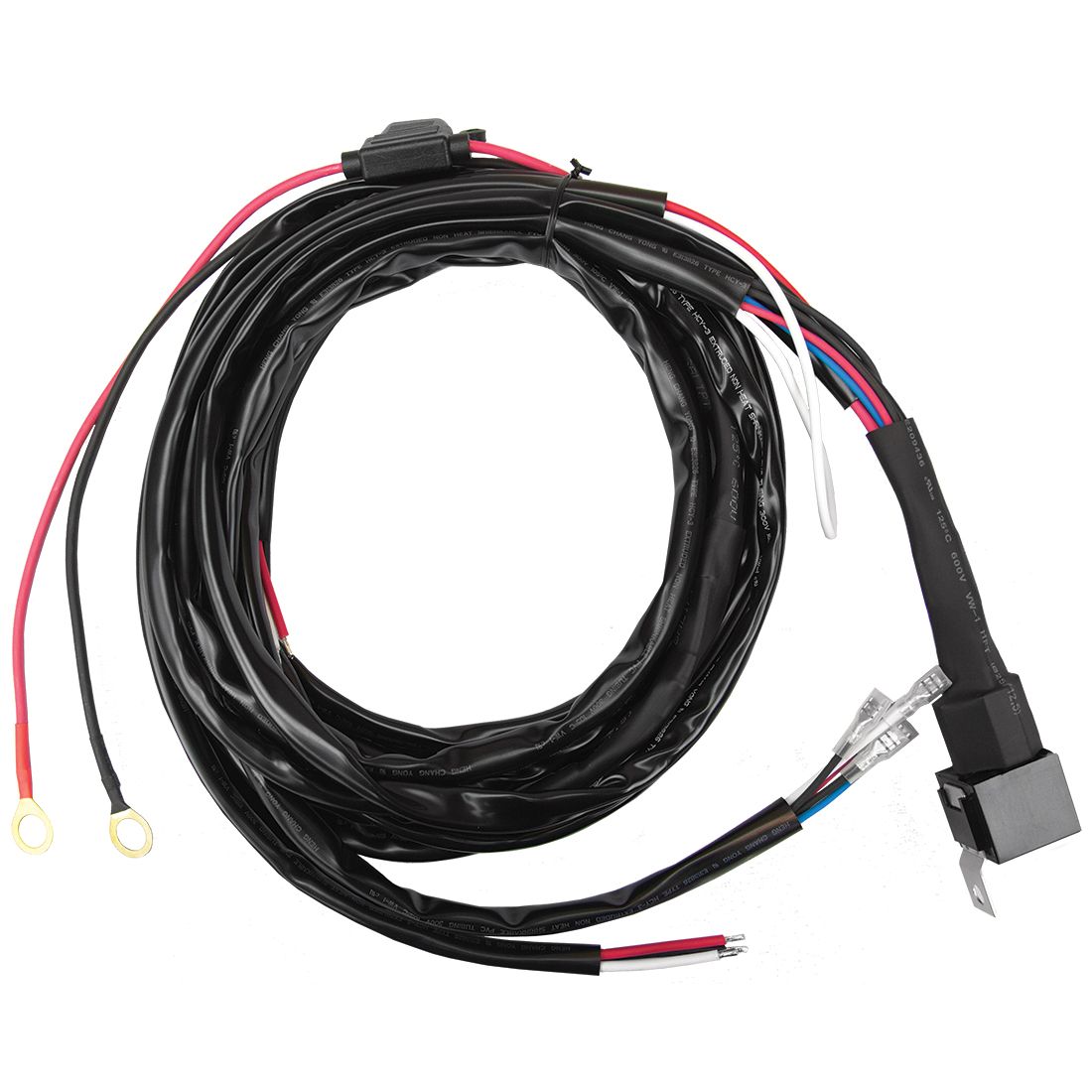 This wiring harness is designed with flying leads for universal fitment. This harness is compatible with the 360-Series 4 and 6 Inch LED Lights. Use for backlight versions only. Not for SAE versions.
Features: