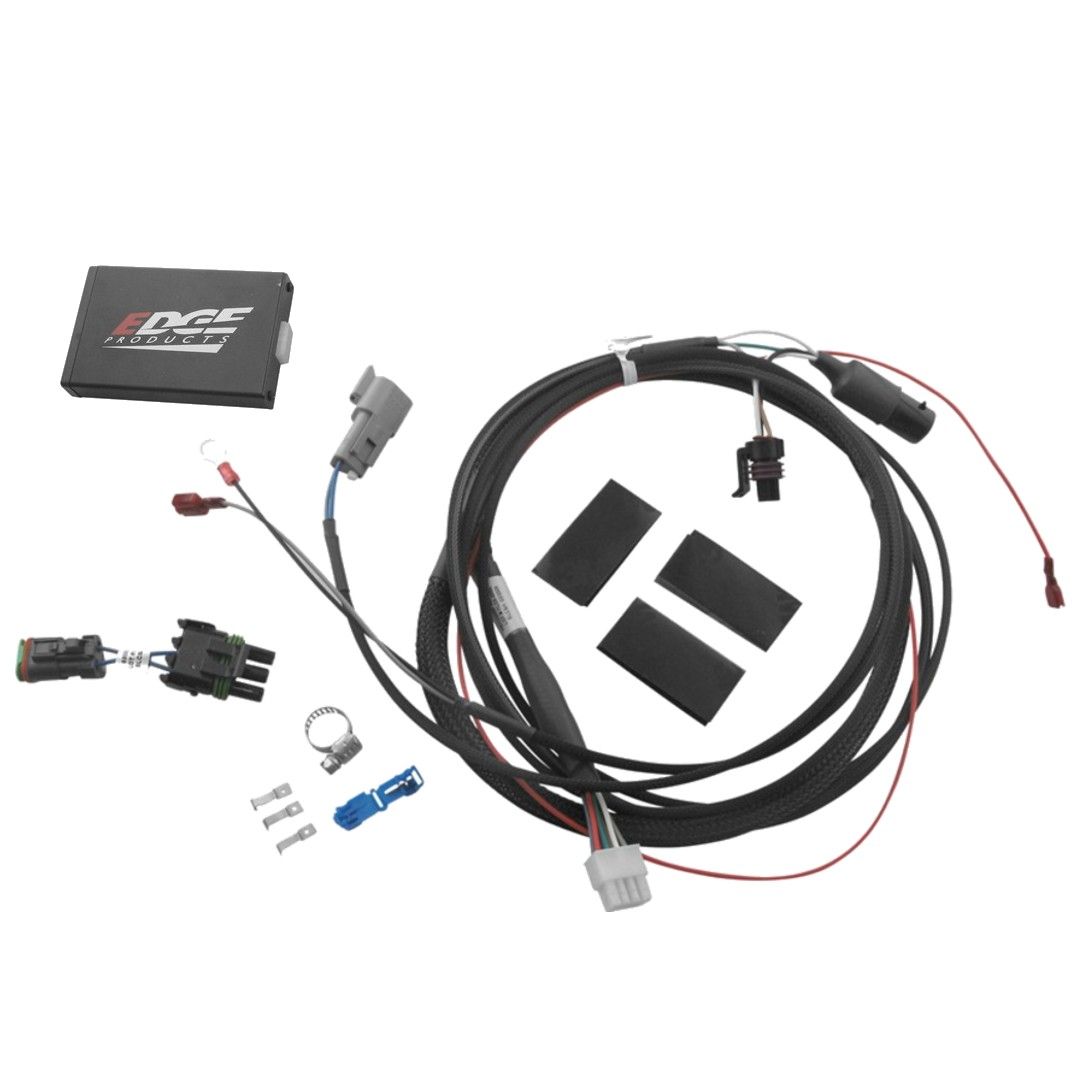 The Edge Products 30300-D Comp Module for your 1998.5-2000 Dodge Cummins 5.9L maximizes engine efficiency by monitoring the RPM, timing, turbo boost pressure and fueling parameters. The module uses this information to determine and control both fueling and timing enhancements for the Bosch fuel injection pump. Timing and fueling enhancements are controlled via CAN-BUS through the Data Link and by connecting directly into your injection pump.
The Edge Comp features five power levels with power gains from 40-120 horsepower. Each of the five power levels has an independent five-level adjustable responsiveness setting, providing for a total of 25 levels of adjustable! The responsiveness settings enable you to dial-in the optimum balance between responsiveness and low boost smoke control, no matter what additional power modifications have been made to the engine. The Comp module is fully adjustable on the fly and mounts inside the cab.

Sub-Level Features:
Sub-levels 1-3: Provides de-fueling below stock. The de-fueling mode is entered only when rpm and boost are below a set value and stock fueling is being increased beyond a set rate. These conditions are different for each sub-level 1-3. During operation, when the de-fueling mode is entered, the rate of fueling increase is limited, which reduces smoke. De-fuel mode is exited once stock fueling equals the fueling controlled by the Comp. This way the transition is smooth and cannot be felt while driving. De-fuel mode is entered the easiest in sub-level 1 and has the smallest allowable fuel increase, while sub-level 3 de-fuel mode is not entered as easily and has a larger allowable fuel increase.

Sub-levels 4-5: Allows adjustment of the additional fueling above stock based on boost level. Sub-level 5 adds the most fuel at low boost; Sub-level 4, which adds less fuel than Sub-level 5, corresponds to jumper setting 2 on the EZ.

The amount of additional fuel added is calculated, the amount added after being compared to boost from the total is as shown below:

Fuel may be added at 0 psi boost on all Sub Levels and EZ Jumper settings unless the de-fuel mode is entered as described above.

Power Level 1 on the Comp is the same as the EZ; on Power Levels 2-5 additional power is added via the wire tap onto the injection pump. If the pump wire is not attached with a Comp, Levels 2-5 are still operational, but the power gain is not any higher than Level 1. Under this scenario, however, power will come on much earlier in the throttle.