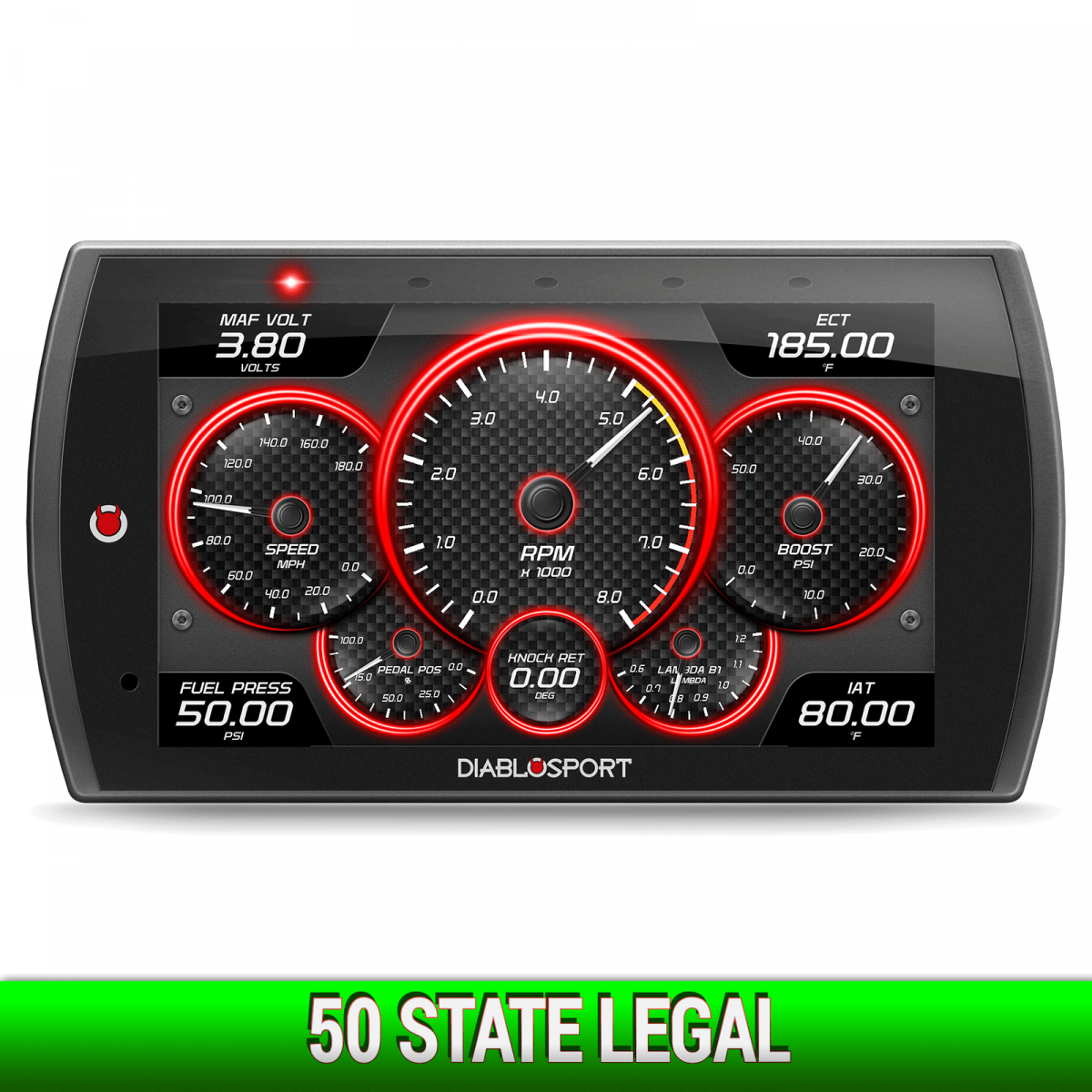 The Trinity 2 EX is hands down, the most feature-packed performance tuner, monitor, diagnostic and data logging device on the planet. The T2 has no peer in terms of wide vehicle coverage, 50 state compliant tuning, custom tuning capability, high-definition graphics, and premium quality. The original Trinity stood out in a market full of pretenders as it took on-dash monitoring and performance tuning to a new level. The T2 raises the bar again by including an industry-leading digital display, high-definition graphics, high-speed and yet simple user interface, and of course, legendary DiabloSport tuning.

We understand that there are an increasing number of counties and states that are requiring emissions testing. We've developed the T2 to include 50-State legal tuning covered by a CARB Executive Order number. Now there is no need to fear your SMOG testing center as you can pass those tests while tuned with Power You Can Feel from DiabloSport. You can run equipped with tunes for daily driving, towing and performance all while maintaining emissions compliance.