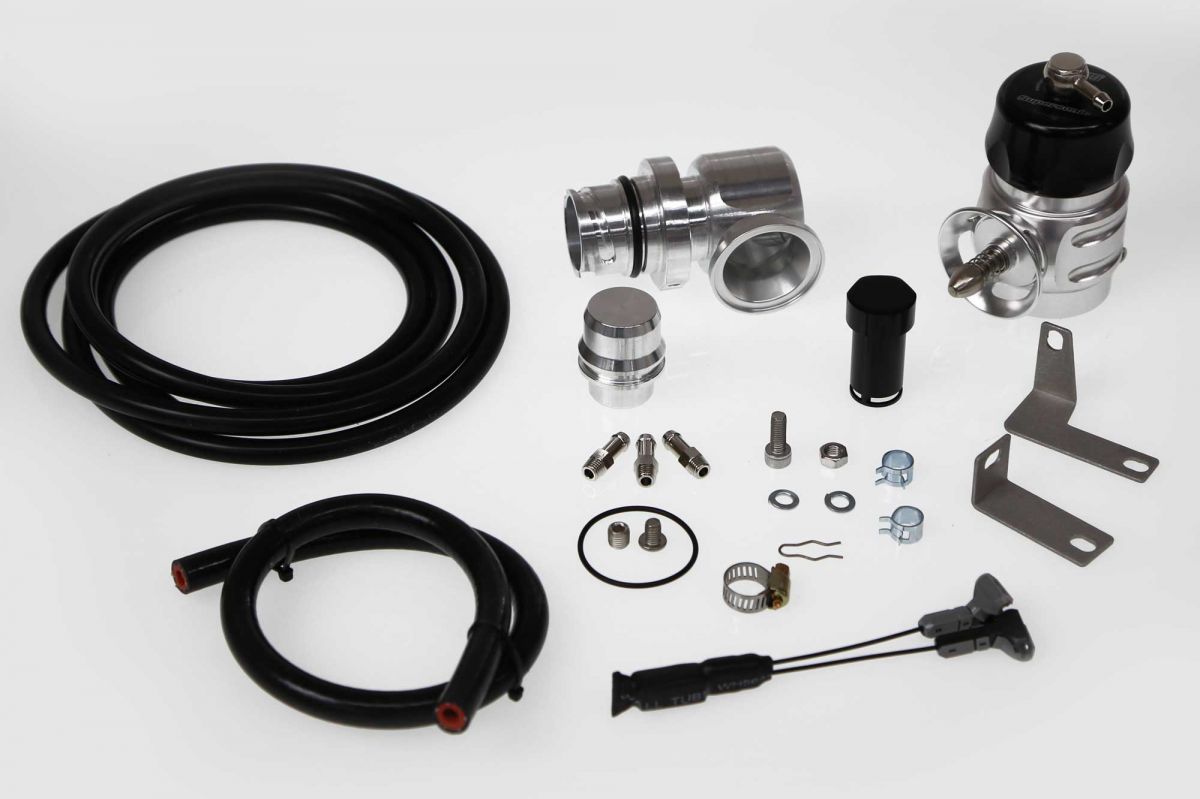 No one knows boost better than Turbosmart, which makes their world first Smart Port BOV for Ford’s 2015 - current 2.7L & 3.5L Ecoboost F150 all the more exciting.Stock blow-off valves like those that come standard with the F150 often suffer from a range of problems. The plastic construction can lead to cracking and leaking, and if you want to up the power (who doesn't?) they can have trouble holding the extra boost.

Turbosmart’s Smart Port blow-off valve system provides a remedy to all these issues. The all aircraft grade aluminum alloy construction means cracking and leaking even under increased boost levels will never be an issue, while new Smart Port technologies provide a serious increase in performance over stock valves.

Turbosmart Smart Port Technology
Turbosmart’s new piston manufacturing process utilizes specialized alloys and coatings, which mean a lighter, faster moving piston, for razor sharp valve response. Use of a soft spring in the body of the BOV also helps speed up valve response, and reduces compressor surge. While the spring on the smart trumpet prevents premature venting of boost. These new technologies result in quicker turbo spool-up and better performance on modern drive-by-wire vehicles like the F150.